Every time I hear that word, my mind goes to Wayne's World.

**We are now on round two of being denied Synagis, which is a $1500-a-pop (times four or five doses) vaccine for RSV.  (RSV season starts quite soon, and if Parker were to contract it, we would be right back at Egleston in a VERY BAD PLACE.)  I will not get into particulars except to say that the powers that be at Cigna had the audacity to say that there is "insufficient evidence that Parker's lungs are compromised."  Get ready, Cigna, 'cause there's a storm a-comin'.

**My aunt Nesie came and took Parker's first round of pictures Thursday.  They are just absolutely beautiful and I get all sorts of weepy looking at them.  They were supposed to be "3 month" pictures, but well, you know, we had that whole NICU thing going on.  Click HERE to see the preview, and if you'd like to see all of them, the password is "peanut".  She does such an amazing job.  It has even come to pass that I no longer dread Christmas card photo sessions, which is really quite shocking.

**If you do decide to view the entire gallery, you can witness our exploits in Pinteresting.  I found this picture during some period of brain-rotting Pinterest-surfing, and decided I needed to recreate it with the P-nut at 3 months, 6 months, and 12 months.

I ordered some donut onesies from my dear friend Ali's newest business venture. I got some clothesline ribbon and some clothespins.  I called Nesie to come snap a quick picture.  EASY!
Except not.
I do not know what size those onesies in the example picture are, but Parker in no way shape or form will fit into a onesie the size of that first one at 3 (technically 4) months.  He might have at 3 to 4 months gestation, but certainly not now!  I ended up ordering 3 month, 6 month, 12 month, and 24 month sized onesies to accomodate the not-so-petite P-nut, and the size differentiation is somewhat lost.
We also did not quite know how to prop him up, as he obviously cannot sit up by himself yet, so we sort of smushed him into a Boppy/down comforter nest.  No sweet little criss-cross-applesauce like in the example, mostly because that baby is SIX MONTHS OLDER.

The "I can do that!" Pinterest monster strikes again.
Once she got home and processed everything, Nesie did not love the clothesline pictures we got and asked if we could redo them.  We tried again yesterday.  Bless Nesie's heart. If I was her, I would have said, "Abby, I love you and you are my family.  Now step away from the Pinterest picture."

**Every so often, I am amazed all over again at the generosity and kindness people have shown us throughout our ordeal with Parker. Emily, owner of Holden's Hut, did a fundraiser for Parker when we were in the hospital.  It recently came to my attention that in the process of that fundraiser, someone made a sizable donation for our family in return for 20 bibs that were donated to a local charity that reaches out to teen moms.  Now that we're on the other side, it is my sincerest hope that we can provide support to other families in need, whatever their circumstances.  I will forever have a soft spot in my heart for CHOA and the NICU, but it is important to me to pay forward the support we have gotten during our trial.  It is exceptionally important to me to raise two boys who have grateful hearts and generous spirits.  Lord, please help me to be the model to them that my mother was to me!

**It pleases me every time I can say things like "two boys", or "how are the boys?", or "I need this for my boys".  My heart literally pitter-patters when I stop and think about what it means.  I worry, sometimes, that my prayers of gratitude are insufficient.  Still, God knows my heart and He understands what I am trying to say, even when it comes out "Thank you times a million."

**It pleases me that I now have two sweet pictures of two sweet boys in the silliest suit imaginable.  Being a good Southern girl, I appreciate the beauty of a Feltman Brothers bubble and knee socks.  Hubs does not. 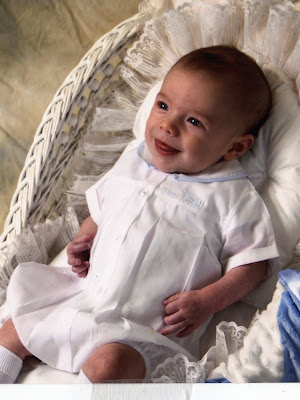 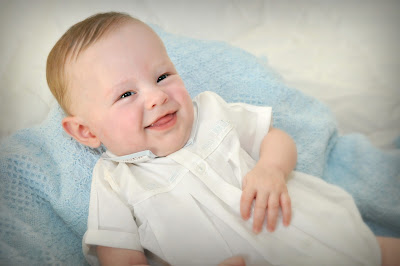 **CrossFit Mamas hates me, and as a result I have done 400 lunges in 24 hours.  I also have a nice carpet burn on my face from when my arms gave out during the "100 pushups" part.  *I use the term "pushups" loosely.  I have the upper body strength of a t-rex.*

**Speaking of, one of the greatest marriage therapy moments in our house is my complete inability to not turn on Jurassic Park when it is on, which it is at any given moment.  This also applies to Jurassic Park 3, which is on right now in the background.  Jurassic Park 2 does not count, as it marks a dark time in film making.  I don't know why I will watch them over and over, but I have somehow gotten Jeremiah on board.  Mike has had enough and leaves the room whenever it comes on.  This happens approximately 3 times a week. If he leaves me, I blame you, Spike Channel.