We had Parker's follow up swallow study last Thursday, which resulted in a big old "Keep doing what you're doing (i.e thickening with rice cereal) and come back in three months."  No real improvement on the thin liquids, but the slightly thickened liquids were fine.  She did use different bottles than what Parker is used to, so I'm not sure if that made any difference at all.  Not too worried about it, at the end of the day.  She said to keep rocking along with solid foods and that she feels we will be released from anything to do with speech/feeding in 3 months (we also have another follow up with GI at that point, so hopefully we can kiss all that goodbye!)

After the swallow study, we took off for Burt's Pumpkin Farm in Dawsonville, Georgia.  All the cool kids go to Burt's, so we started taking Jeremiah when he was a wee one.  It is a grand and glorious time, wandering about to choose JUST the right pumpkin for each of us.  There's a hayride (longest hayride ever) and it's close to Amicalola Falls state park, where we usually go after the pumpkin patch.  We didn't go this year, as we had gotten a late start to our day.  Still, we had a BALL and Mike and I had many an emotional moment watching Parker's face light up at the fall festivities.  We have embraced the basketcase status for this year, as each and every Knoll Family Tradition arrives and we weep copious happy tears that the P-nut gets to participate.

The boys had a big old time.  Trying to photograph them together was darn near impossible.  Parker was dolled up in the Pumpkin Silly Suit that was Jeremiah's, and he spent the entire day smiling until we tried to take his picture. Stinker.  Jeremiah, on the other hand, was happy to show off his "pretty smile" we have been working on as opposed to the "teeth clenched chin out monster smile" he usually gets when it is picture time. 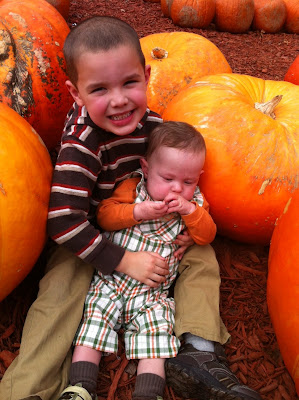 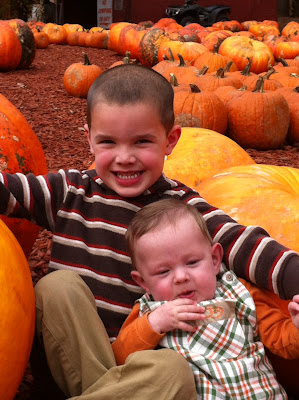 This was as good as it was going to get with these two monkeys. 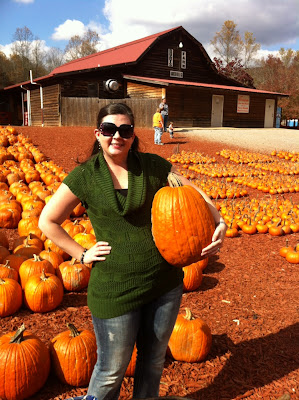 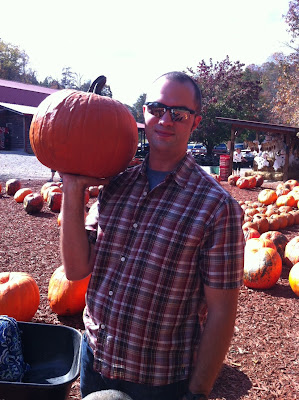 I like 'em tall and skinny.  Mike likes 'em short and fat. 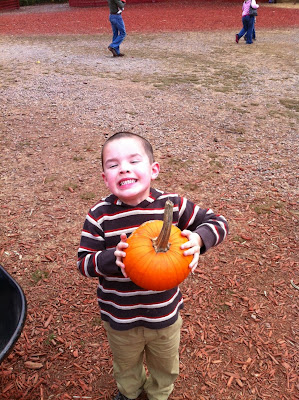 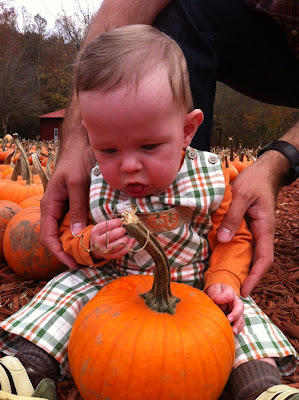 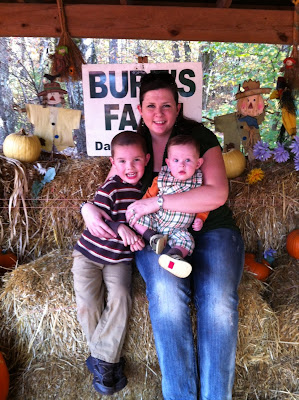 We take these same pictures every year.
Along with one on the hayride... love the progression! 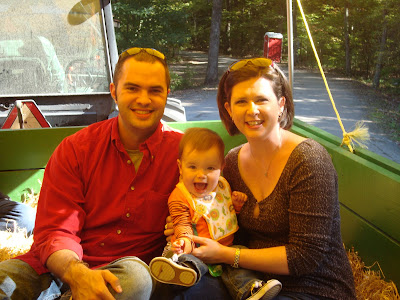 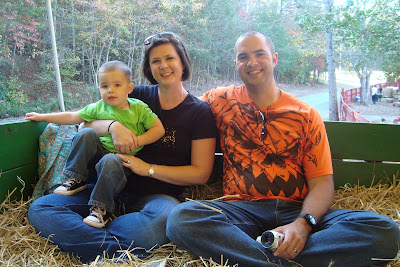 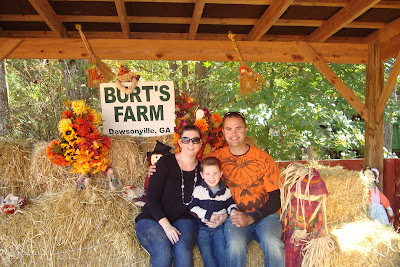 2011-  Mike liked his t-shirt apparently.  No idea why we aren't on the hayride! 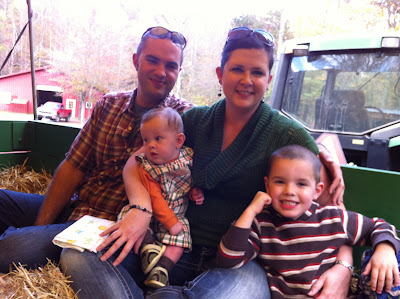 2012-- All together at last.  P-nut chooses not to participate, thankyouverymuch. 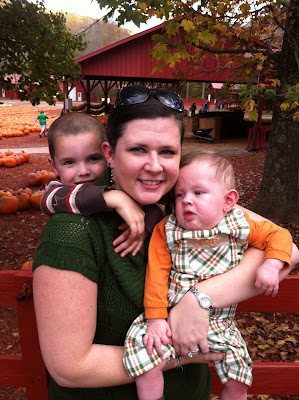 Love my boys.  (1.5 seconds before Parker threw his "I am done with the pumpkins" fit.)