Still, we have managed to cram in a gigantic amount of SuperFamilyFun in the last few weeks:

We have been to Home Depot to build firetrucks with Homer. 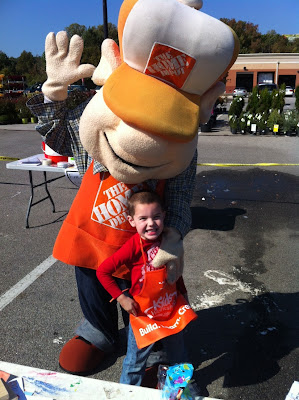 We have been to the Train Museum with EE (a traditional weekend activity Sister and I shared with Dad more times than I can count). 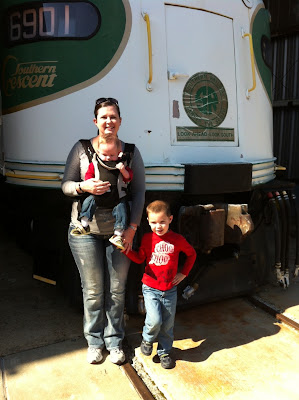 I love Crescent engines.  They are just so beautiful. 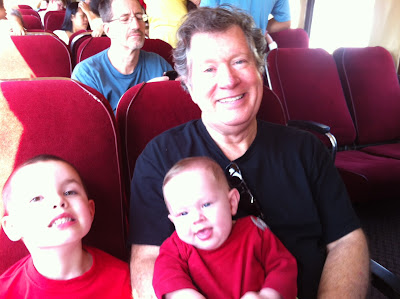 Here is an exquisite example of "The Two Edwards"-- Parker and my dad look
EXACTLY ALIKE.

We went to the Georgia National Fair, which I, despite being a born and bred Georgia girl somehow have never attended.  Mike went to high school just outside of Perry, so he was happy to head back and to show Jeremiah his first Big Fair. 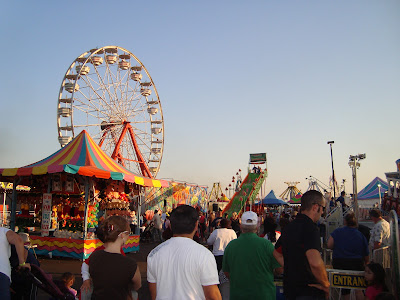 I was just excited to go because the whole entire concept of any fair is a sheer delight-- knowing that you are hurtling through the air on a ride held together with two cotter pins, the ability to eat various and sundry fried objects, the irresistible lure of Serpentina, the SnakeGirl. 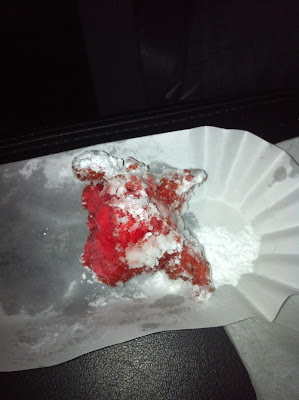 BEHOLD-- Fried KoolAid!! I kid you not.  It was DELICIOUS. 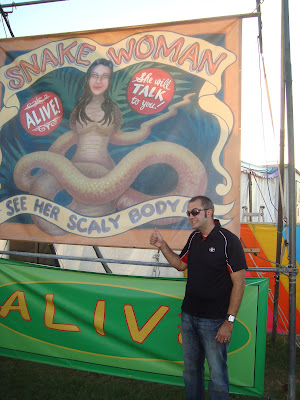 I made him spend the dollar to go in 'cause I chickened out.  He was not pleased.

The fair did not disappoint the grown up Knolls, or the smallest one. 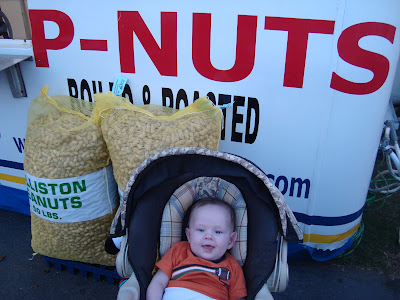 My P-nut at the P-nut stand!  He had a ball taking in all the sights, sounds, and smells. 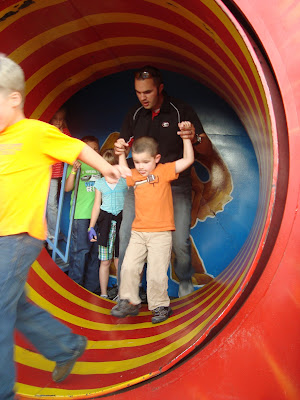 He had a teensy moment of fun at the fun house. 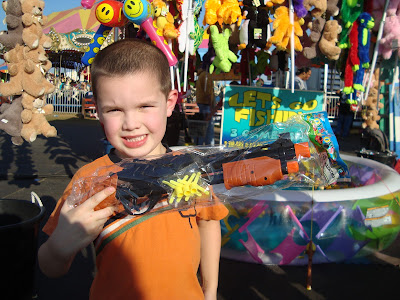 He was a lil' bit happy to win this gun at the fishing game, until it broke 2.5 minutes later. 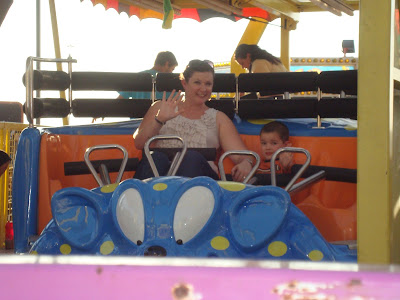 He had an okay time on the Wild Mouse ride. 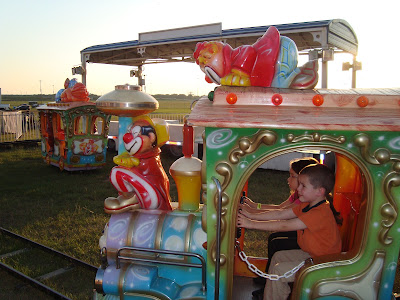 He had an OUTRIGHT PANIC ATTACK on the baby train.
They had to stop the ride.
Seriously, dude?

He did love the circus.  And his blue lightup sword he got as a souvenir.  He's just so darn timid about anything new and unknown.  It makes me bonkers, to tell the truth.  He is SO MUCH like his Daddy-- Mike is quite a creature of habit and doesn't respond well to new circumstances, even if I shout from the rooftops that said circumstances will bring sunshine and delight.  Jeremiah is much the same-- he's not a thrill seeker. He's very happy with his life the way it is and sees no reason at all to go throwing in potentially upsetting scenarios.  My favorite example is when my dad kept him overnight for the first time-- Jeremiah flatly refused to partake in the Grandchildren Rite of Passage of choosing one of Dad's t-shirts to mark as his own and to sleep in each time he visits.  His response?  A very polite, "No thanks, EE, I have my own pajamas."

I don't know if he will outgrow it, or if the timidity is here to stay.  We do our best to find a balance between allowing him to decide what he'd like to try and sort of shoving him into new situations before he has a chance to protest.  Watching him find his little personality and form his opinions on life is endlessly fascinating.  It's hard work to be a three year old.

Our final family outing of the season was to the pumpkin patch yesterday.  I am never happier than when I am on some adventure with my three favorite boys... These last few weeks have felt like shoving acorns in my cheeks to get me through the long and dreary winter.  Drinking it all in because I know these moments are fleeting.  Now I'm sad... where's the fried KoolAid??? 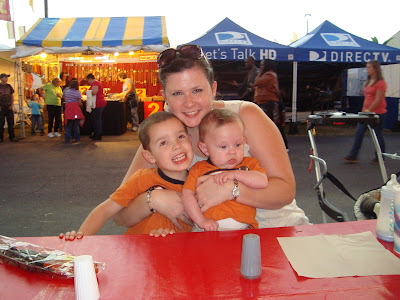